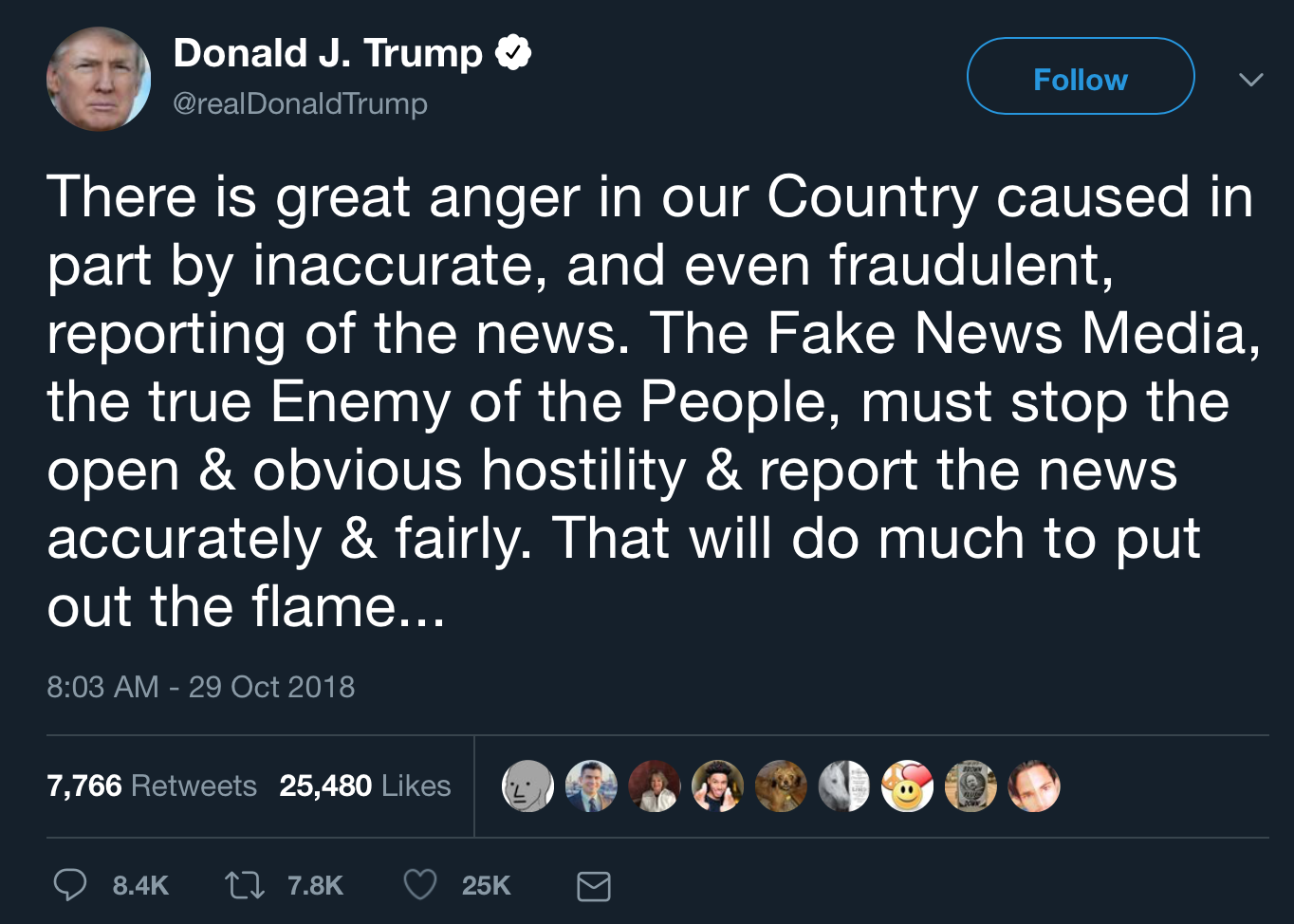 Donald is not only telling his cult that it’s OK to be angry, but is trying to lay the blame for slaughter in a Pittsburgh synagogue and the attempted assassination of leading Democratic politicians on CNN, NBC, and the nation’s major papers using (as pointed out several times in recent weeks by Morning Joe‘s Joe Scarborough) the Stalinist phrase “Fake News” (just one degree of separation from Hitler’s “Lugenpresse”).

If Donald were truly seeking to “put out the flame,” he would zip it with the nationalist rhetoric, but he will not, because he is, as a lying demagogue fanning the flames, a liar and a hypocrite.